Background: The rates of caesarean section (CS) are increasing globally. CS rates are one of the most frequently used indicators of health care quality. Vaginal Birth After Caesarean (VBAC) could be considered a reasonable and safe option for most women with a previous CS. Despite this fact, in some European countries, many women who had a previous CS will have a routine CS subsequently and VBAC rates are extremely variable across countries. VBAC use is inversely related to caesarean use. The objective of the present study was to analyze VBAC rates with respect to caesarean rates and the variations among areas of residence, hospitals and hospital ownership types in Italy.

Methods: This study was based on information from the Hospital Information System (HIS). We collected data from all deliveries in Italy from January 1, 2010 to December 31, 2014 and we considered only deliveries with a previous caesarean section. Applying multivariate logistic regression analysis, the adjusted proportions of VBAC for each Local Health Units (LHU), each hospital and by hospital ownership types were calculated. Cross-classified logistic multilevel models were performed to analyze within geographic, hospitals and hospital ownership types variations.

Results: We studied a total of 77,850 deliveries with a previous caesarean section in Italy between January 1, 2010 and December 31, 2014. The proportion of VBAC in Italy slightly increased in the last few years, from 5.8% in 2010 to 7.5% in 2014. Proportions of VBAC ranged from 0.29 to 50.05% in Italian LHUs. The LHUs with lower proportions of VBAC deliveries were characterized by higher values for primary caesarean deliveries. Private hospitals showed the lowest mean of crude VBAC proportions but the highest variation among hospitals, ranging from 0 to 47.1%.

Conclusions: Hospital rates of caesarean section for women with at least one previous caesarean section vary widely, and only some of the variation can be explained by case-mix and hospital-level factors, suggesting that additional factors influence practices. Identifying disparities in VBAC may have important implications for health services planning and targeted efforts to reduce overall rates of caesarean deliveries.

© The Author(s). 2018 Open Access This article is distributed under the terms of the Creative Commons Attribution 4.0 International License (http://creativecommons.org/licenses/by/4.0/), which permits unrestricted use, distribution, and reproduction in any medium, provided you give appropriate credit to the original author(s) and the source, provide a link to the Creative Commons license, and indicate if changes were made. The Creative Commons Public Domain Dedication waiver (http://creativecommons.org/publicdomain/zero/1.0/) applies to the data made available in this article, unless otherwise stated. 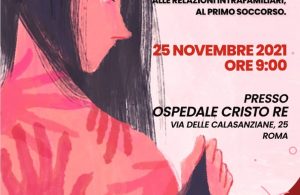 I primi 10.000 vaccinati all’Ospedale Cristo Re